I have been consistently pregnant or feeding for the past 5 years. In fact I had our first and last baby 4 years and 2 days apart. Here is a few things that I have discovered along my turbulent journey into motherhood;

Relationships with everyone will change as soon as you have a baby. I found this most prevalent when I had our first, Noah. I was the first in my close group of friends to have had a baby and found it isolating and quite frankly, lonely. However since everyone has started to catch up my friendships have blossomed and now our babies are growing up together. My relationship with my mum and sister have became stronger than I thought possible. I have a whole new level of adoration for them both. Not only because of the support they have given Daniel and I, but the unconditional love they show our babies. Yet it also makes me sad that my dad is missing out so it really highlights for me what our kids are missing by not knowing him.

The more babies I’ve had the more hormonal I have become. I’m sure Daniel would vouch for this also. I think it’s probably because I’ve virtually been pregnant for 5years so I’ve just had more and more added to the psychotic mix that makes me up. I hate that I have insight into this also. It makes it frustrating that I know I’m being irrational in wanting to rip Dan’s face off because he didn’t clean the sink (after he has cooked dinner, cleaned the house and put the kids to bed) yet I can’t seem to stop myself. Here’s hoping that when I finish feeding Harriet I will become a normal person again.

The more babies you have. The less sex you have. Well after 2 episiotomies you really don’t feel like it being your first time. Every time. I see so many people who say they really love it whilst pregnant and after. Yeah not me. I couldn’t imagine anything worse than sex when heavily pregnant. Or even when you’re not huge with a baby you feel like vomiting or sleeping. My libido is about as existent as a unicorn. In fact my husband would have more chance of catching a unicorn than having sex with me when pregnant. #sorrybabe 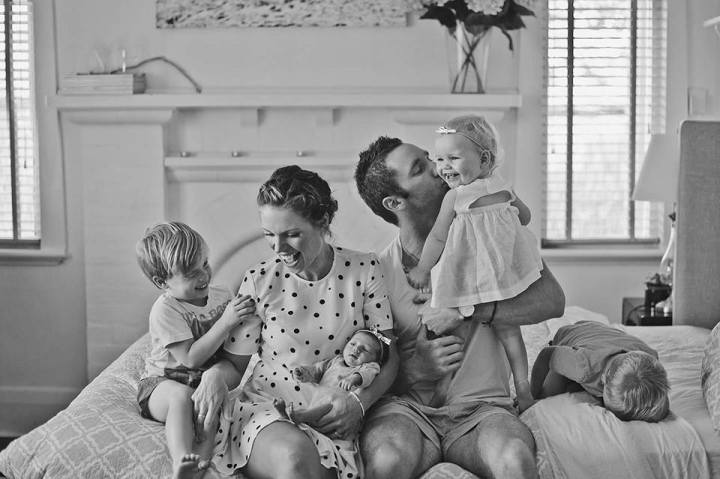 I have never actually doubted that I could love subsequent children as much as I loved my first. However when I had my second and third and fourth it really hit home how much love there really is to give. In fact it actually amazes me how I can love them all completely differently. I do not mean this in a negative way. I actually believe it has made me have a special bond with each baby. I love nothing more than watching them grow into themselves. Even the things that frustrate me now, I can see being valuable characteristics in their adulthood. I am also secretly excited to embarrass them in their teenage years with their multitude of stories from their younger years. I will totally be the embarrassing mum and Dan will be the cool dad.

Actually it will but you just have to deal with it. Id 100% rather shit over vomit. Vomit just lingers and gets into every tiny crack to just piss you off. It is vile but will happen more often than you want. Pee does not phase me at all. When you have a child like Scout, aka my wild animal, this will just be part of your daily routine. In fact when toilet training Scout he took a dump, not once but twice, in full playgrounds. Once next to a water fountain and the other on the top of a slide. The kid actually has no shame. He is also always naked. Actually add nudity to this list also.

I had the pleasure of two posterior labours. Margot’s was especially vile. I was literally crawling round shitting myself like a dog. Luckily it was a quick labour and all done in 1.5hours. However it is burnt into my brain. I can still recall Daniel’s face as he was pretending he didn’t notice. Bless him. He did however comment about 5 mins after I had her that it smelt the same as when he had helped delivered calves. Men don’t say this to your partners after they’ve just pushed a human out of them. Ever.

These after birth pains when you feed are excruciating. They also become stronger the more babies you have. Actually they peaked with baby #3. With #4 I think I was more prepared for them so took panadol as a precaution. I don’t understand why our body feels the need to continue to make you feel like you’re in labour when you’re attempting to sustain life. It is the ultimate jerk act that’s for sure.

I held on for days and actually lied to the nurses and doctors about having done it. They seemed to ask that more than anything else. Once you psych yourself up to go you’ll feel like a new person. It is actually bliss.

I’m officially the size of a sultana when I used to be a juicy mango. Enough said. A Thailand trip is required once the milk factory is closed. 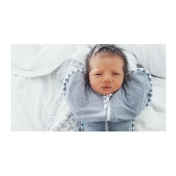 4 thoughts on “Now that the baby factory is closed…”